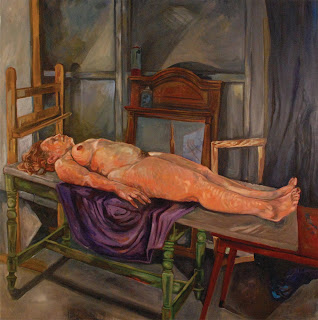 The Stilll label is proud to present their first pure rock release since its beginning !
TGBE ! is the first record from The Guilty Brothers Experience, probably one of the best Belgian rock band of the moment. With their ability to synthetize decades of musical genres in one epic opus, the Brothers have managed to enhance their powerful live shows in a damn fresh and wide album.

Going in the shallow waters of pure heavy rock to the sweetest sides of post-punk influences, the band delivers a complex and tremendous music. Psych rock and a few shoegaze highlights also help the 12 tracks to get its places among names like Led Zeppelin, The Mars Volta or Faith No More.  Months and months of studio aside from people like Rudy Coclet (Arno, Sharko, Mud Flow...), Jeuc Dietrich (aMute, Dietrich…), Manu Hermia (Slang, Mamady Keita... ) and many other guests have given birth to one of the most epic rock album a Belgian band has ever delivered.

You can already order the album now through Paypal : order at stilll.org 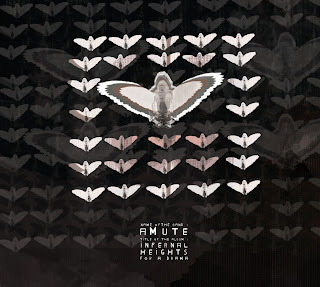 aMute's last album is still available ! Don't pass through these amazing 48 minutes of genre crossing rock. The first album from aMute as a band.

Infernal Heights... is certainly ambitious in its scope and the amount of musical ground it attempts to cover, and that ambition is not left unfulfilled. There are elements of post-rock, prog, jazz, glitch, electro, folk and even classical influences at work. This willingness to experiment will certainly not be to the tastes of all, but it does not render the music inaccessible. To the contrary, beneath its weighty surface, is a warmth and a sense of purpose, and even though, after the album has finished, you feel as if you’ve just returned from working undercover in a hostile land, you miss it, and want to go back. - Steve Gislam for Tiny Tapes.
Available on CD and LP.
CD : 12€.
180g LP : 14€
Both Including post fee.

We are happy to offer you a bundle with the three De Portables releases. These 3 cd's are available for the price of 15€ including post.  De Portables are a Belgian rock band formed in Ghent in 1996, who are steadily becoming one of the most commercially successful and critically acclaimed acts in the history of popular music. Since their international stardom, the group consists of Jürgen De Blonde (guitar, vocals, keyboards), Bertrand Lafontaine (guitar, bass guitar, vocals), Wio D’Hespeel (guitar, drums, vocals) and Hans Gruyaert (drums, guitar, vocals). Rooted in postrock and 1990s indierock, the group later started working in many genres ranging from folk rock to psychedelic pop, often incorporating classical and other elements in innovative ways.
Posted by amute 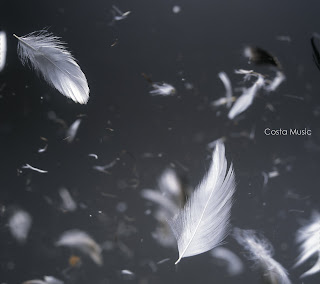 Incredible first solo release by Joseph Costa (L'Altra), pure and beautiful electro sad pop filled with piano, guitars and intense vocals.  Costa Music is the brainchild of musician Joseph Costa. Joesph was once a member of L’Altra has come out on his own for his solo debut. “Lighter Subjects” sees a mix of electronic, folk and chamber pop elements all fused together. Costa also brought in a number of talented people to help out as well including Telefon Tel Aviv’s Josh Eustis to mix the record and including cellist Fred lonber-Hol and Kevin Duneman from The Race.
The record on a whole has a really tender record with delicate instrumentation that can be likened to a M83 or even a The Notwist. The album starts of with “As I Go Between” gets you sucked in with its xylophone like sound and and the patting drum beat. The thing that I like about the song is how well the vocals just seem to wove together. “Feathers” could potentially become a stable in my late night listening. The song has this sense of with Costa’s dull set tones combined with that distant horns and the light trickle of a beat make this one great chill out piece. “Sounds Like A Sigh” starts off with a broken beat and some gorgeous tones are into the background in this beautiful good/evil battle. “Lack of Light” begins with this beautiful orchestra movement. Then the sad chords of the piano and crash into the vocals. Then at about two minutes in when things sound like they are going south in one of the most beautiful moments on record this year this tranquil moment just completely overtook me. “Southern States” closes off the album with this weird slightly country twang. The guitar riffs and the crashing drums and it just ends suddenly and I just simply want more.
“Lighter Subjects” gives you just enough and never overstays its welcome. The nine tracks are a perfect taster for this blend of electronic and folk elements. The arrangements are incredible complex at times. From ComfortComes. 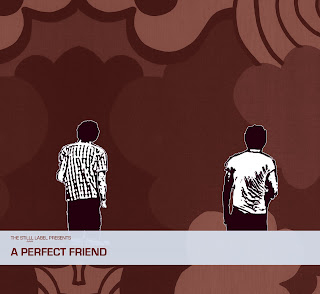 Brilliant song writting by Swedish duo A Perfect Friend. A masterpiece melting glitch, electronic, guitars and folk.
"[APF] do a great job of crafting a very organic album out of mostly sounds created from electronic knickknacks. It stutters and clicks and crackles, but is always counteracted with warm touches of acoustic guitar, accordion, organ or something else with a very autumnal tone" From Audiversity.com
Posted by amute